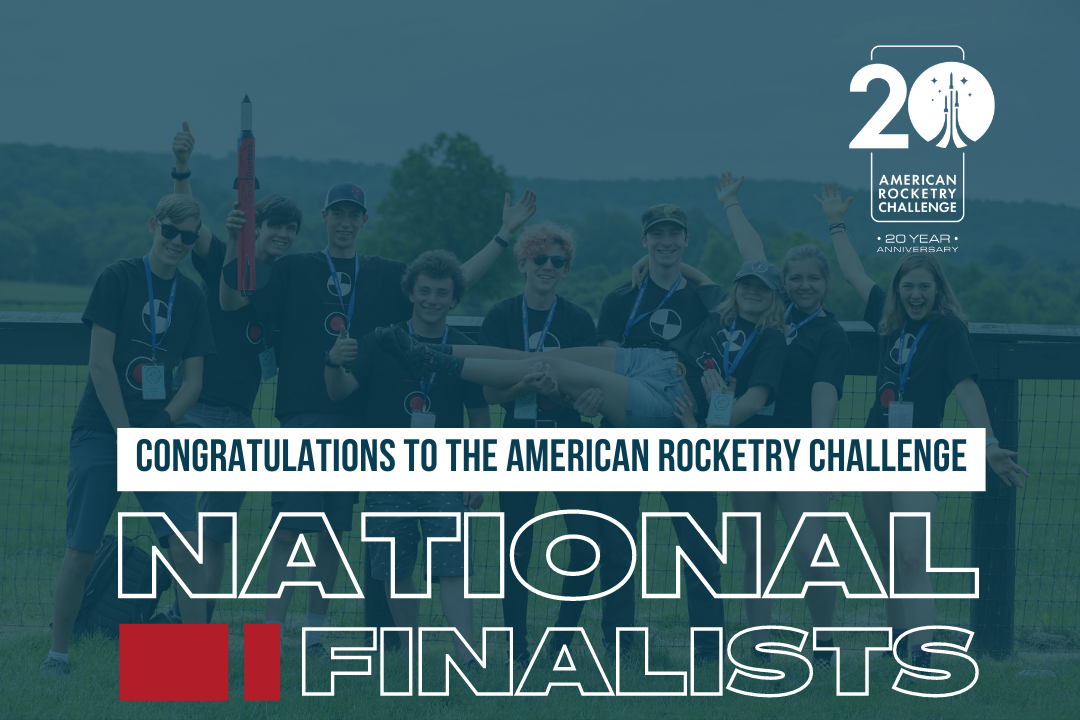 Arlington, Va. (Apr. 8, 22) – Today, the American Rocketry Challenge announced the 100 teams competing in this year’s National Finals. Finalists are vying for $100,000 in prizes and the title of National Champion, which includes an all-expense paid trip to London for the International Finals. This year’s competition takes place during a time of renewed national interest in space flight—led by NASA’s upcoming launch of the Artemis I mission this June, the first step to return Americans to the Moon.

“The hands-on experience students gain as part of the American Rocketry Challenge creates limitless pathways in STEM and the aerospace industry, opening the door for them to be a part of the world’s most exciting innovations,” said Eric Fanning, President and CEO of Aerospace Industries Association (AIA). “These students will be designing the rockets that will take us to Mars and beyond, and I can’t wait to see which of these incredible rocketeers will be crowned National Champion in May.”

Sponsored by AIA, the National Association of Rocketry, and more than 20 industry partners, the American Rocketry Challenge is the world’s largest student rocketry competition and the aerospace and defense industry’s flagship program designed to encourage students to pursue study and careers in science, technology, engineering, and math (STEM). The competition has inspired more than 85,000 middle and high school students to explore education and careers in STEM fields.

Celebrating its 20th anniversary this year, the American Rocketry Challenge features more than 4,000 American middle and high school-aged students from 724 teams and 41 states. The 101 finalists will compete against each other on May 14 for the title of National Champion at Great Meadow in The Plains, Virginia. The top-25 finishers at the National Finals will automatically earn spots in NASA Student Launch.

The American Rocketry Challenge promotes friendly competition among teams from diverse socioeconomic backgrounds, ethnicities, and geographies—from the Great Plains to major metropolitan areas. Numerous teams launched fundraising campaigns in their communities to make their participation possible this year. The American Rocketry Challenge also offers $2,000 grants to eligible Title I schools to launch their own rocketry teams.

This year, teams from 41 states designed, built, and launched model rockets in hopes of reaching the National Finals. To qualify, teams were required to build and launch a rocket that safely carries a payload of two raw eggs with a target flight duration of 41-44 seconds and altitude of 835 feet. The requirements for the National Finals are slightly modified to present a new challenge to the teams.

Follow and support your local team on the road to the National Finals using the official hashtag #RocketContest22. For more information about the contest, please visit www.rocketcontest.org.